As a Visual Communications major, graphic design is my other favorite thing to do. I also was taking an infographics class this past semester and I could not believe how much I learned. Our final project was to show the sport of running and how much it has grown since 1990. It is made to be published in any newspaper in South Carolina (which makes it a HUGE file). I decided to focus on the impact women have made on the participation numbers. I was thankful to have previously photographed my friend Mikayla as she participated in the Painted Turtle Trot because I needed a great photo to showcase my huge bar graph. Incorporating both photography and design was fun for me because I could showcase my favorite things in one! Another part of the final project was to animate one element of the graphic. Obviously, my infographic has a lot going on so I couldn’t tell the story in just one animated element so I incorporated a few. Flash might be added to my list of favorite things to do…

First zoomed out so it can be seen as a whole… 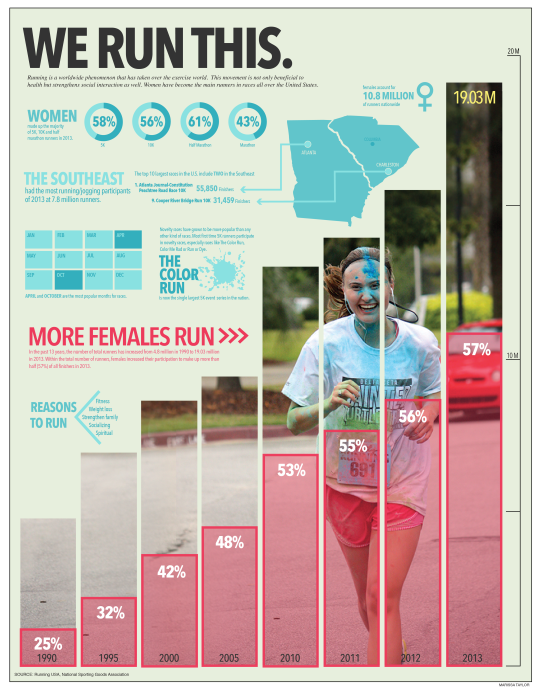 Now made huge so each part can be read. The information is actually pretty cool!
Click on the image to zoom in and scroll around.